If you’ve read Winnie the Pooh, What’s a Bear to Do (or my review of it), you know what to expect from Mickey’s Spooky Night. I would be surprised to find that this book wasn’t made by the same team responsible for Winnie the Pooh. It’s a short, high-quality ebook for young toddlers, with simple interactive games that will keep your kids coming back. 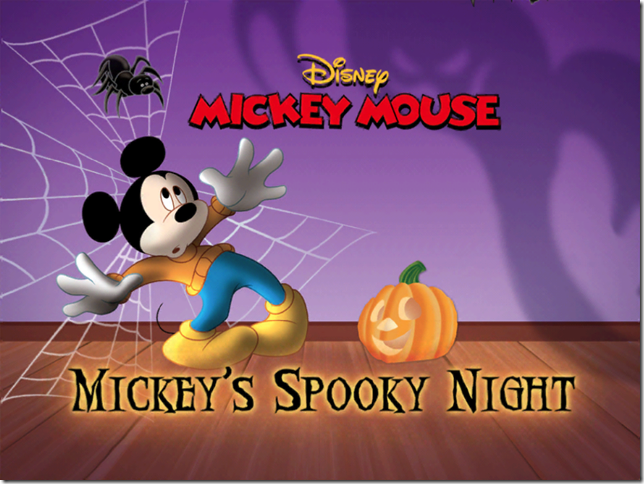 Unlike Winnie the Pooh, Mickey’s Spooky Night seems to have had original artwork created for it (or the ebook is based on an existing dead-tree book). The artwork is typical modern Mickey Mouse stuff. Nothing to write home about, but it has all the characters and your kid will like it. 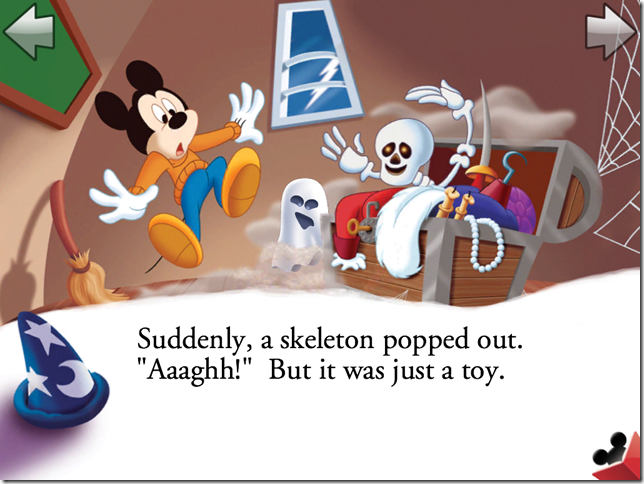 The sound and music in Mickey’s Spooky Night are both well done. The book has a spooky (for children) musical score that builds tension at just the right moments. In addition, the voices of both Mickey and Minnie are featured in the book, which is a nice bonus for the kids.

The story here is very simple. Mickey is having his friends over for a Halloween party, so he goes up to the attic to find a costume. On the way he sees and hears some spooky things, but they all turn out to be nothing. It’s a very simple story for very young children. 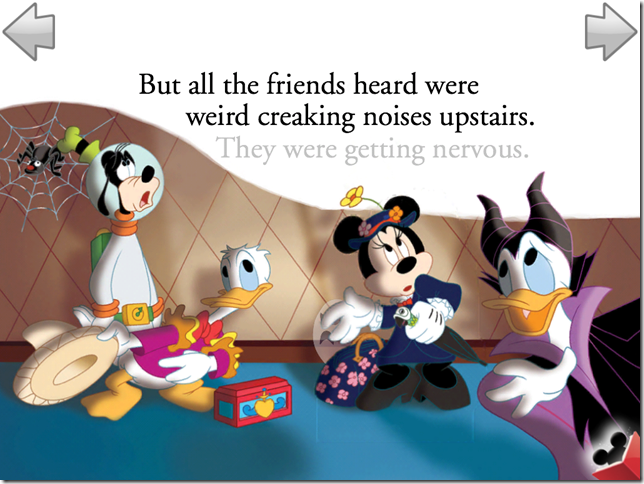 The narration is typical Disney, which is to say high-quality. As with most Disney ebooks, though, you have the option of replacing the default narration with your own voice, which can be recorded using the iPad’s built-in microphone.InteractivityMickey’s Spooky Night features a couple games that pretty much exactly mirror those found in Winnie the Pooh, What’s a Bear to Do? Throughout the story your child will notice hidden ghosts that can be collected by tapping on them. Each ghost is shaped differently, and at the end of the book the collected ghosts can be matched up with their silhouettes. 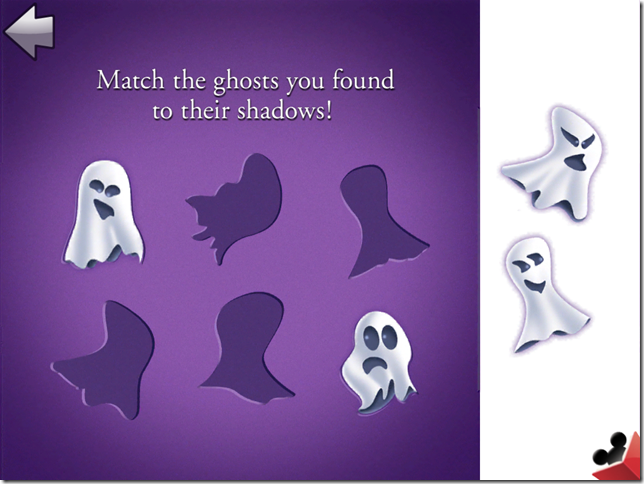 In addition, every few pages your child will be presented with a simple, six-piece jigsaw puzzle. Only two pieces are given to the child at a time, and they are placed directly on top of an image of the final product, so it’s easy for even very young children. 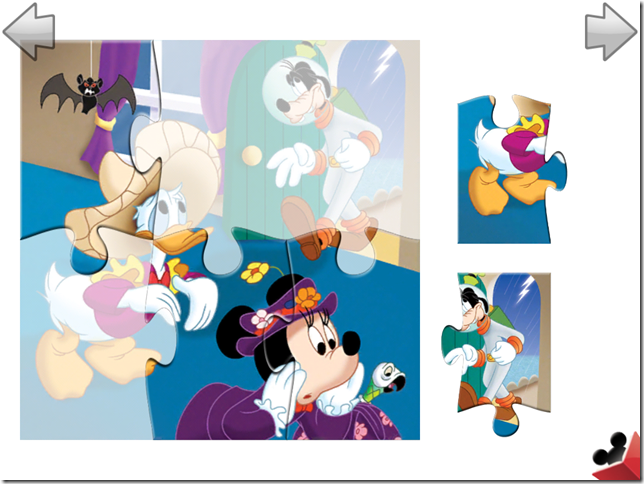 My daughter has picked this story at least a dozen or two times. She doesn’t choose it very often anymore, as she’s now almost five (and she’s seen it so many times as-is), but my three-year-old nephew has found it now and he chooses it every chance he gets. It’s a really great book if you’ve got a young toddler.

This book is pretty weak on the narrative front, but it’s short. If it annoys you, it will not be for long. And the high production values keep it from being too irritating. It certainly won’t melt your heart or have you gushing to other parents, but it’s not too bad. 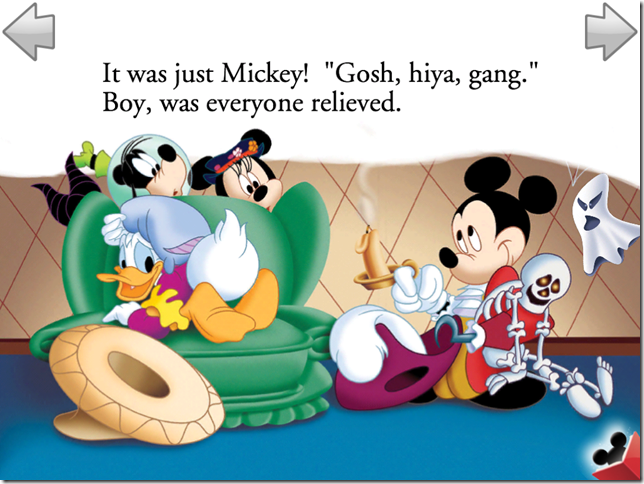 I recommend this, if you’re looking for a cheap book that your kids will like. Your kid will love it, and it actually does build jigsaw puzzle skills at a very early age. I don’t know what that’s worth, but perhaps those puzzle-solving skills are transferrable to other, more useful things like math or special reasoning or something. At the very least, your kids will have fun and you won’t be too annoyed by it. It essentially follows the same formula as my previously reviewed Winnie the Pooh, What’s a Bear to Do? But it suffers from being less cute. Pooh is simply a more loveable character. Nonetheless, it’s not bad and it’s inexpensive.

The Princess and the Frog review The Monster at the End of This Book review
If you enjoyed this article, please consider sharing it!