*Note: I did not test the 3D functionality of this book because I don’t have a pair of those cheap cardboard red/blue 3D glasses.   Needless to say, though, the 3D effect produced by this technology is always pretty underwhelming.

This ebook is a stinker.  Almost everything about it, from the artwork and interactive features to the narrator’s voice to the utterly moronic story will grate on your nerves.  Still, much to my dismay, my four-year-old daughter chooses it frequently at story time, subjecting me to it in the process.  I seriously hate this book and suggest that you avoid buying it unless your children are only allowed to use it when you are nowhere even within earshot of your iPad. 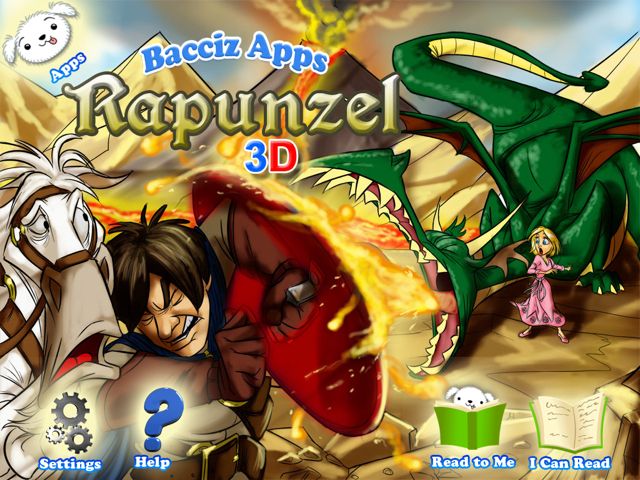 The art style in Rapunzel is characterized by hard lines, and exaggerated features and facial expressions.  It reminds me of the How to Draw books I read in elementary school that showed kids how to draw things like comic book characters.  Of course, different styles appeal to different people, by personally I find the artwork in this book to be obnoxiously overwrought and distracting.  Perhaps my opinion of the artwork isn’t somewhat biased by my distaste for the book overall, but I seem to remember having an immediate aversion to the artwork, even before being subjected to every other unsatisfactory element of this book. 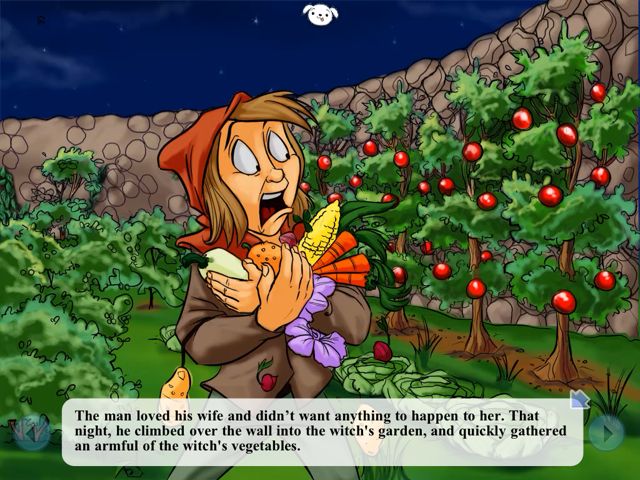 Rapunzel is filled to overflowing with little sound effects that can be triggered by tapping on various elements on the page.  It’s a nice effort that is ruined by obnoxious sound effects, many of which are utterly nonsensical, for example tapping on the various stones used to construct Rapunzel’s tower/prison produces little sound effects consisting primarily of traffic sounds such as various car and truck horns.  Keep in mind that this is a story set in something like medieval times, with damsels in distress and princes who travel by horseback.  The car has yet to be invented.  The whole book is filled with such nonsense. 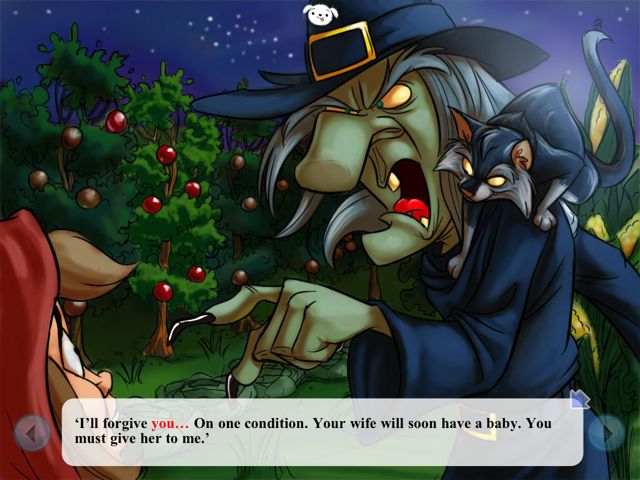 This is not the traditional Rapunzel story.  Like Disney’s Tangled, the author has taken broad artistic license.  Unlike Tangled, unfortunately, the story here (or stories, since there are three Choose Your Own Adventure-style endings) is idiotic.  For example, in one of three endings has the Witch (Rapunzel’s captor) teleports Rapunzel to Dragon Canyon.   On the next page the Prince is shown at Dragon Canyon.   “The battle was fierce, but the brave prince finally won.  The Prince defeated the rest of the dragons in the canyon.  Then he and Rapunzel turned the place into an amusement park and they all lived happily ever after.”  What?  Why?  These are both questions that will remain unanswered in your mind after seeing this and the other two equally asinine endings to this version of Rapunzel. 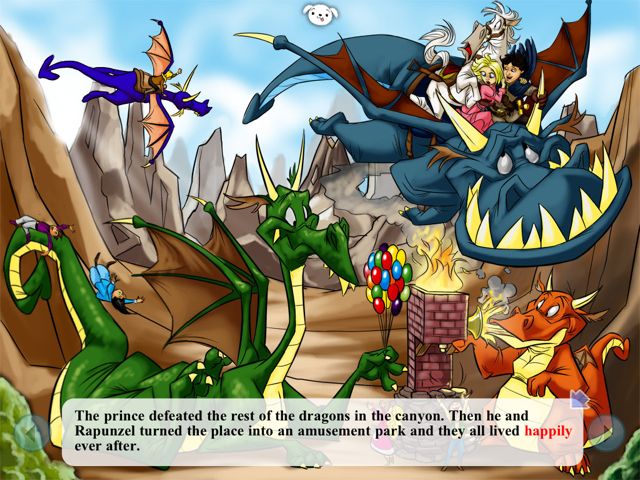 Like the artwork and the story, I cannot stand the narrator of Rapunzel 3D.  She reads very deliberately, inserting awkward pauses between nearly every word.  I suppose this is an effort to cater to younger kids, who apparently need to be spoken to in the way one might speak to a foreigner who knows almost no English.  Having read hundreds of books to my daughter since she was born, though, and having had more than one hundred ebooks read too her by various narrators in the same time, I assure you that this is entirely unnecessary.  And I can hardly do justice to how irritating her narration is, with its odd pauses and downright bizarre upward and downward inflections.

As I mentioned earlier, every page has a multitude of elements that can be touched to hear a sound effect, or see a little animation.  Almost without exception, these animations and sound effects have no relation to the story, and most of them are utterly nonsensical.  And annoying.  Your child, however, will want to touch every single one of them.  Multiple times if allowed.  Every single time he or she reads the story.  It will drive you insane. 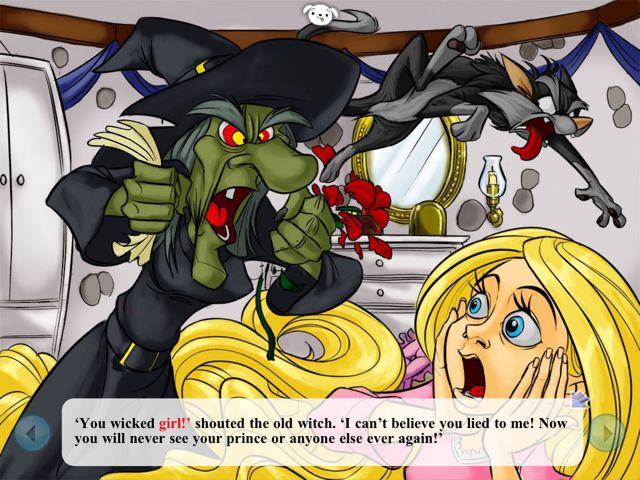 This is where this book is REALLY insidious.  See, being awful wouldn’t be so bad if I never had to be exposed to it.  Unfortunately, my daughter really likes it.  I know that this should make me happy in some way . . . that I should judge children’s books based on how much children like them.  But . . . everybody knows that’s crap.  Pixar films (with a couple exceptions) are better than, say, Care Bears movies, even if your kid wants to watch Care Bears way more often than Toy Story.  The fact is, I do story time with my daughter and, while she gets to choose the books we read, we both have to read them.

To be fair, though, this book is fun for young kids. 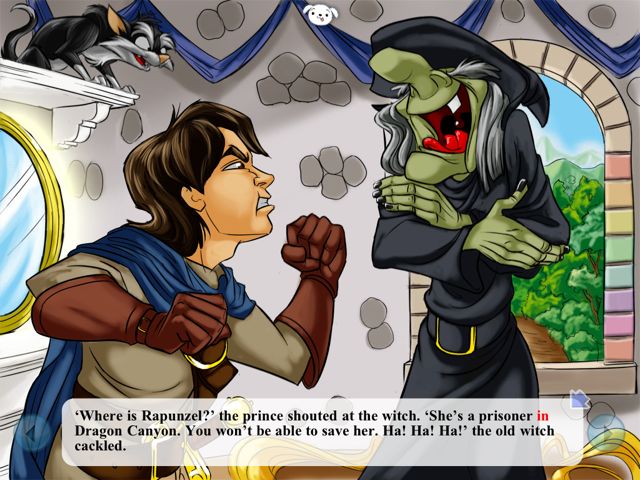 Skip this book.  Your kids will enjoy it, but there is no shortage of books in the app store that fit that description.  Save your money for something that your children and you will enjoy together.

Winnie the Pooh – What’s a Bear to Do? review The Princess and the Frog review
If you enjoyed this article, please consider sharing it!